Maternal mortality rates across the country are among the highest in the developed world, and recent data from Centers for Disease Control (CDC) show that Black, American Indian and Alaska Native mothers die from a pregnancy-related cause at two to three times the rate of white women. Parkland Health providers are addressing this issue by educating pregnant mothers about the importance of post-pregnancy primary care follow-up appointments and encouraging self-care and awareness.

In Texas, the CDC found that the maternal mortality rate is above the U.S. average, at 18.5 deaths per 100,000 live births. Nationwide, between 2014-2017 the pregnancy-related mortality ratios were 41.7 deaths per 100,000 live births for Black women compared to 13.4 deaths for white women and 11.6 deaths for Hispanic women. A pregnancy-related death is defined as the death of a woman during pregnancy or within one year of the end of pregnancy from a pregnancy complication, a chain of events initiated by pregnancy, or the aggravation of an unrelated condition by the physiologic effects of pregnancy.

“We’re starting to see some improvement in Texas, however the maternal mortality rate among Black women is worse than that of white or non-Black Hispanics, which tells us more needs to be done by the entire community to protect our mammas. We still have some work to do,” said Marjorie Quint-Bouzid, MPA, RN, NEA, BC, Parkland’s Senior Vice President for Women & Infant’s Specialty Health.

April 11–17 is designated as Black Maternal Health Week, an annual event recognized by the White House on April 13, 2021, to bring attention and action in improving Black maternal health. With Black women in Texas experiencing a much higher maternal mortality rate than other races, Parkland providers continue to educate the community about maternal health and provide information about available resources in Dallas County.

According to the CDC, in the United States during 2014-2017 the leading cause of pregnancy-related deaths were caused by cardiovascular conditions. Other leading causes of death included infections and cardiomyopathy. Using data from the CHNA, the health system developed the Extending Maternal Care After Pregnancy (eMCAP) program. Implemented on Oct. 1, 2020, the program is designed to offer health services to designated at-risk women of color in the first year after giving birth.

“We need about three years to measure the progress of the program, but we’ve enrolled more than 2,456 women,” said Quint-Bouzid. “At this time, we have been able to provide a virtual nurse home visit to about 80% of these mothers to do an assessment and refer them for additional support and services. We also know about 70% of them immediately identified a need after delivery. Of those, 54% were healthcare needs such as a primary care follow-up. Around 21% were behavior health/substance abuse needs, 14% were transportation needs, and 11% were dental and eye care needs.”

Part of the process is to also help women navigate systems of care to get those needs met including scheduling appointments, maintaining insurance coverage, obtaining infant care supplies, and helping with transportation, Quint-Bouzid noted.

Perinatal Mood and Anxiety Disorders (PMADs) can also lead to maternal deaths. PMADs are distressing feelings that occur during pregnancy and throughout the first year after pregnancy.

Black mothers are more likely to suffer from PMADs in silence and without clinical help. Many factors may play a role in why mothers don’t begin or continue treatment, according to Jeanette Dominguez, LPC-S, Lead Mental Health Counselor at Parkland Health.

“Getting treatment for mental health during or after pregnancy is very important for the mother and the baby,” said Dominguez. “Avoiding treatment can lead mothers to substance abuse, birth complications, or much worse, pregnancy-related death or suicide. PMADs may also cause problems with the baby in the long run, such as behavioral and cognitive development.”

According to the CDC, symptoms of depression during pregnancy include:

So, what can you do to help reduce Black maternal mortality? Quint-Bouzid says it begins with a simple conversation.

“We have to engage Black women and get them involved in these programs,” said Quint-Bouzid. “Pregnant women should also talk to their healthcare provider if anything doesn’t feel right or is concerning. It’s important to maintain ongoing healthcare and social support systems before, during, and after pregnancy.” 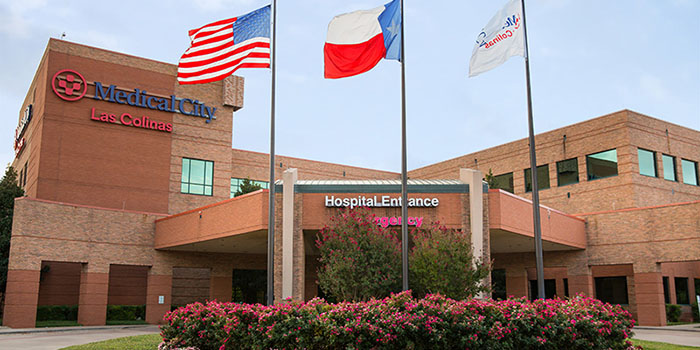