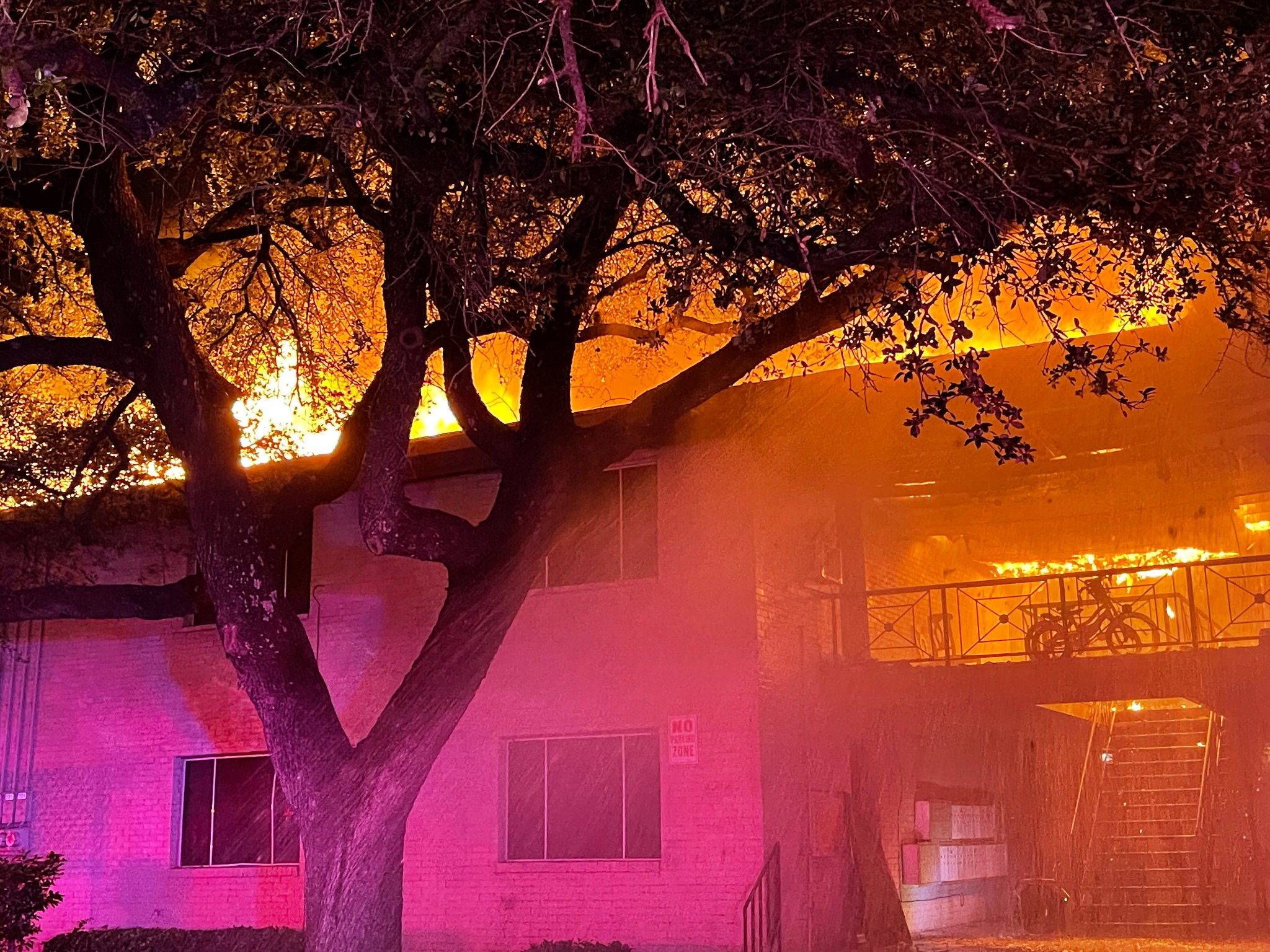 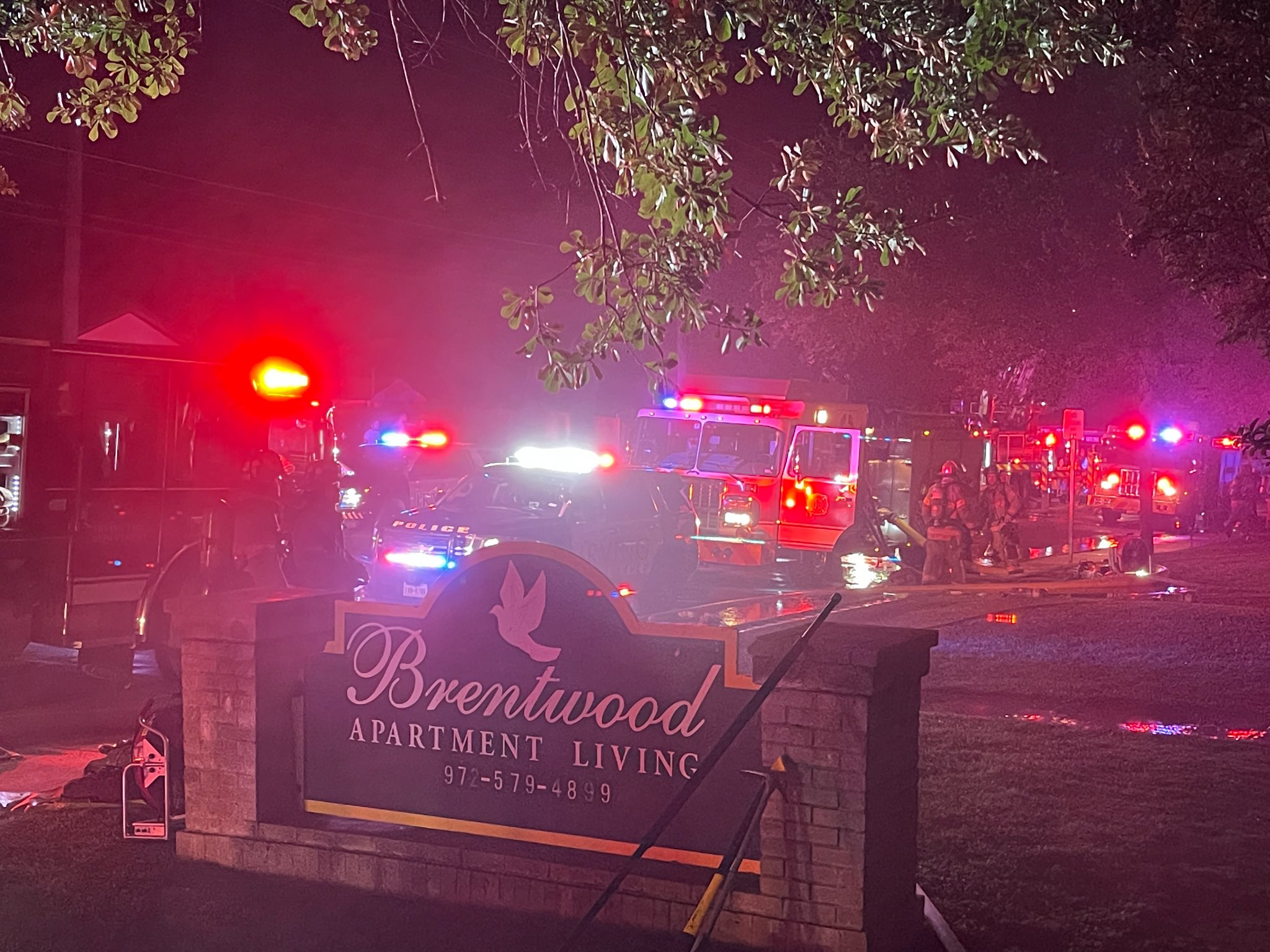 On June 7, 2022 at 1:14 am, the Irving Fire Department responded to a structure fire at 831 S. Nursery Rd, apartment 222. The first emergency personnel were on-scene at 1:19 am.  As the first fire truck arrived, it reported light smoke showing at the Brentwood Apartments.  Offensive fire suppression operations began and a search was conducted to ensure the building was evacuated.

Despite the fast attack, the fire continued to advance and firefighters identified the threat of the roof collapsing.  The Incident Commander called for all crews to evacuate and changed tactics from offensive to defensive.

The fire continued to progress and was upgraded to a second and then a third alarm.   Fortunately, the fire was called under control at 3:28 am.

A fire investigation is on-going.   The Fire Department is asking the public to avoid the affected portion of Nursery Rd (between 6th St and Shady Grove Rd) until the scene can be secured.

Emergency Management has reached out to the Red Cross for additional resources.