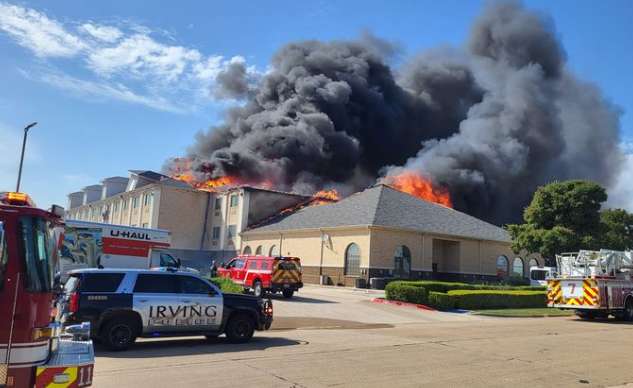 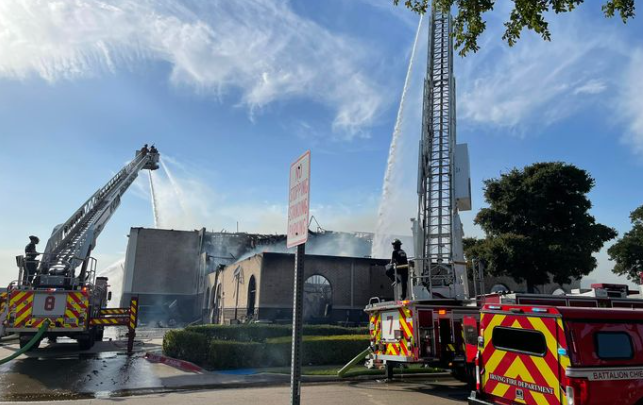 On July 17, 2022, the Irving Fire Department (IFD) responded to a four-alarm fire at the Comfort Inn Hotel on Highway 114 and Freeport in Irving (5000 W John W Carpenter Fwy.)

Irving Fire Department Public Information Officer Anthony Kennedy said the fire was spotted by a passerby at 5 p.m. and soon grew into a four-alarm fire in just a few minutes.

Due to the fire and low visibility, Irving police  have shut down the eastbound lanes of SH 114 and the service road at Freeport Parkway. Delays are expected for several hours.

According to officials at the scene, search and rescue began immediately and some people were being rescued from the third floor, but crews had to be pulled back due to the possibility of the building collapsing.

IFD has confirmed no one was killed or seriously injured.

Investigators are now working to determine what caused this fire. 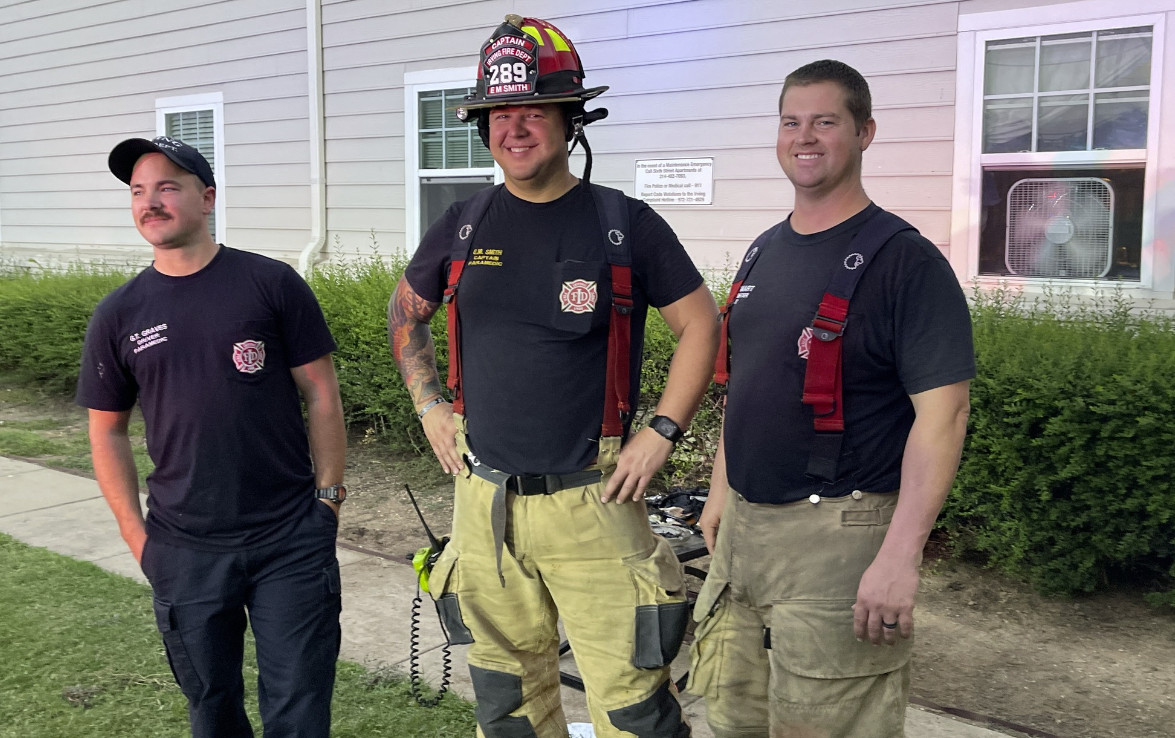