It’s not an exaggeration to say that airfield operations at Dallas Fort Worth International Airport (DFW) impact the entire global aviation system. It is, after all, the fourth-busiest airport in the world. So when officials determined it was time to rehabilitate one of the critical hub’s seven runways, considerable care was given to the design, planning and phasing of the estimated $130 million project.

At 13,400 feet long, Runway 18R-36L serves as the primary western arrival runway and primary runway for cargo operations. Overall, it handles fully 44% of daily arrivals and provides critical capacity for the airport. In 2018, Runway 18R-36L logged more than 400 operations per day.

DFW Executive Vice President Khaled Naja explains that the runway was constructed in 1984 and had consequently begun to show its age. In recent years, management noticed an increase in pavement service requests for the aged runway. In fact, since 2010, 26% of all repair orders were related to Runway 18R-36L.

To ensure continued safety and operational efficiency, the airport initiated a self-funded rehabilitation project and engaged RS&H to coordinate the scope and design. Chad Mathes, a senior civil airfield engineer with the firm, says that 18R-36L was exhibiting obvious distresses, like cracking. “We could see from nondestructive testing that some sort of strategic investment was necessary to keep the runway operational,” says Mathes.

In addition to critical pavement improvements, the airport improved infrastructure such as electrical and drainage systems to support safe, efficient operations and enhance the runway’s service life.

Lessons learned from a previous runway project proved pivotal to this project. During the rehabilitation of Runway 17C-35C, the project team determined that the base was in excellent shape, and only the keel needed to be replaced. “We pursued a very similar mitigation for this project (Runway 18R-36L),” explains Naja.

Limiting rehabilitation to keel section concrete repair followed by an asphalt overlay provides DFW with the necessary runway improvements without incurring critical operational impact, Naja explains. And, because the base was still in good condition, a full replacement was not required. The base of 18R-36L is comprised of 17-inch concrete slabs on a cement-treated aggregate base.

The recent project also included shoulder and drainage improvements, runway lighting upgrades and replacement and reconstruction of connecting taxiways. Additionally, crews shored up and repaired a few collapsed soil sites on another runway.

Design began in May 2019, and construction kicked off in February 2020. The runway opened to traffic on April 14, 2021 and is slated for full completion in August 2021. The rehab is estimated to cost $130 million, but Naja expects it to come in just under $125 million. 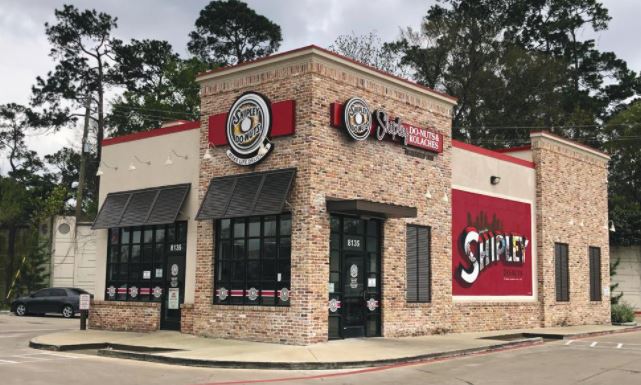