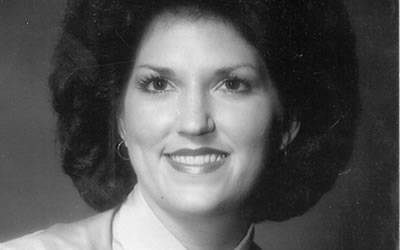 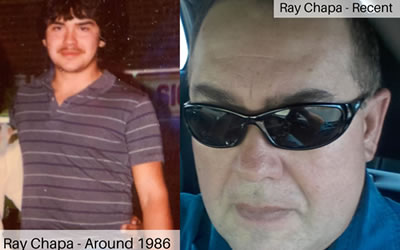 With the help of modern DNA technology, Bedford Detectives were able to solve the 1986 homicide of Janet Elaine Love.

On April 24, 1986, Janet Love was found dead in her apartment off of L. Don Dodson Drive by two co-workers after she did not show up for work as a ticket agent for Delta Airlines. During the investigation, police were able to determine an unknown assailant had entered the 32-year-old’s apartment, sexually assaulted her, and fatally shot her before fleeing the scene. Investigators followed up on numerous leads through the years, but a suspect could not be identified. Fortunately, a DNA profile was collected from the scene, processed, and later entered in the FBI Combined DNA Index System (CODIS), when the database was created. Over the years, as police continued to investigate the case and follow-up on leads, the suspect’s DNA profile never matched another crime scene or offender entered into CODIS.

Toward the end of 2020, Bedford Police learned of a Texas Department of Public Safety grant called the Sexual Assault Kit Initiative Project. The grant uses funds from the U.S. Department of Justice to conduct forensic genetic genealogy testing of DNA samples from unknown offenders that are linked to sexual assaults and sexually related homicides. With the help of a genealogist and public records, detectives were able to use the DNA profile to piece together a family tree of the suspect. After coming up with the suspect’s name, detectives then requested the help of two family members to confirm the suspect’s identity through a kinship analysis conducted by the University of North Texas Center for Human Identification.

In September , Bedford Police identified Ray Anthony Chapa as the person who took Janet Love’s life. Chapa lived less than 1,000-feet away from Janet Love in a neighboring apartment complex at the time of the homicide. Unfortunately, in 1986, using DNA to solve crimes was in its early stages. Additionally, police departments did not regularly share information with other law enforcement agencies at the time due to lack of centralized databases and the challenge of communicating during that time without email or other forms of modern technology used today.

In January 2021, Chapa passed away from a terminal illness. Detectives are now working with the FBI to look at other possible offenses he could be connected to across the country in case other crimes can be solved. In addition to the Dallas/Fort Worth area, Chapa also resided in Chicago and Montana.

“Chapa had no known ties to the victim and was never considered a suspect until DNA technology revealed the truth,” Bedford Police Chief Jeff Williams said. “We are 100 percent sure this is the person who committed this terrible crime. I am so grateful for all the detectives’ hard work and finally being able to bring closure to Janet’s family. They’ve had to wait 35 years for this day.”

Prior to the release of this information, members of the Bedford Police Department met with both the families of Janet Love and Ray Chapa. Both families have asked for privacy at this time.

“The search never stopped,” said Bedford Sgt. Brett Bowen, who was one of the detectives on the Love case when it was cleared. “It wasn’t unsolved because of lack of effort; we just needed science and technology to catch up to be able to put the final pieces together.”

Investigators believe Anthony Chapa may be connected to additional crimes. If you have any additional information, please call the Bedford Police Department at 817-952-2647.

The family of Janet E. Love issued the following statement:

"First and foremost, we want to express our deepest gratitude to the Bedford Police Department, the Texas Department of Public Safety, the Texas Rangers, the Tarrant County Medical Examiner's Office, and the Tarrant County District Attorney's Office. We are so very thankful for your commitment, dedication, and unwavering resolve in your investigation of the sexual assault and murder of our sister, Janet Love.

"We are also grateful to the individuals and agencies involved in funding and utilizing the latest technologies for DNA testing and forensic genealogy matching.

"To those who diligently kept Janet's life ad unsolved case before the public and encouraged new information, fresh eyes, and fervent examination of the evidence, we are so very appreciative.

"The Bedford Police Department has spent 35 years relentlessly investigating every lead, leaving no stone unturned, no question or challenge unanswered. Our family is greatly relieved to have our questions answered, and to have some sense of resolution and closure. Bedford Police Department deserve to feel proud of their accomplishment and their service to the community. Thank you for your service to Janet, and to our family." 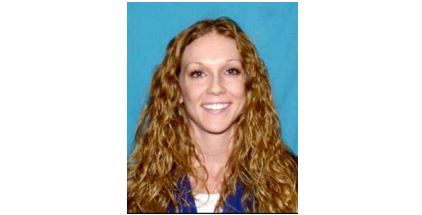