It’s an early morning for Austin Rivera Scott. He jumps into the North Lake Natatorium on Thursday at 6:30 AM. After an hour-and-a-half of practice, Scott exchanges his swimsuit for school clothes and finds his seat in first period at Irving High School around 8:45 AM.

The senior is used to the schedule. It’s what he knows, and it’s how he prepares. Plus, he’s no stranger to seeing this work ethic, thanks to his older brother, Andrew Rivera.

“I think my biggest influence would be my brother. He started swimming on the Irving High School team, and he now swims for Texas State,” says Scott. “I just followed in his footsteps.”

Those footsteps, along with the arduous early morning swim practices and laser focus help Scott bring his A game.

The night before swim meets, Scott’s mother makes him a huge plate of pasta with pesto to “carb load.” He knows this, along with a good night’s rest is exactly what his body needs. The next morning, Scott cranks up his beats and listens to “Warriors” by Imagine Dragons. Music energizes him and helps get his head in the game.

And it’s proven to work. Last Saturday, Scott put his training to the test at the Invitational Swim Meet at the Carrollton-Farmers Branch ISD Natatorium, competing in the 100 breaststroke and the 50 freestyle. He finished strong.

Scott also credits his success, both in and out of the pool, to his swim team.

“I’m so grateful for being on the swim team because it’s taught me so much,” says Scott. “It’s taught me how to work well with others. It’s given me so many amazing friends. It’s almost like a second family. I have so many swim brothers and sisters. It’s really a very welcoming environment.”

After Scott graduates from Irving High with a diploma, an incredible support system and an outstanding swim record, he hopes to continue in his brother’s footsteps – swimming at the collegiate level.

“Being an athlete and being in swimming has taught me that I can push myself. I have a lot more potential than I thought I did,” he says. “I hope that I can get a scholarship in swimming and keep this going.” 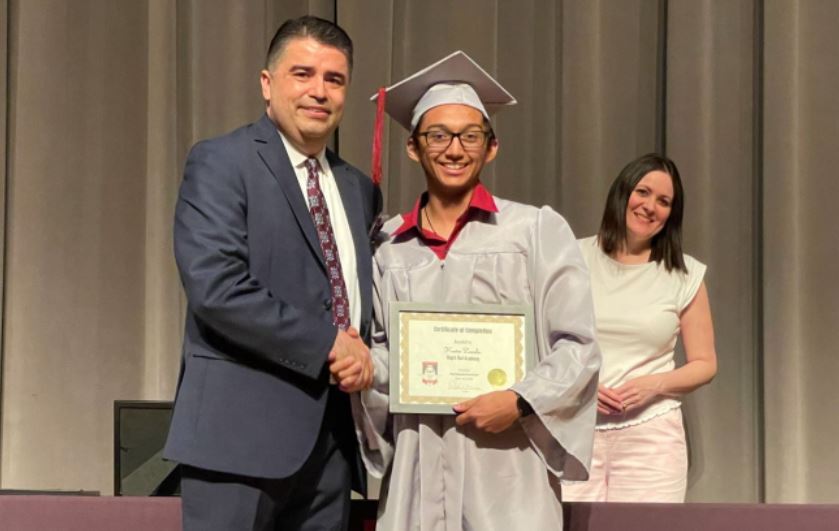