Nexstar Media Inc., a wholly-owned subsidiary of Nexstar Media Group, Inc. (Nasdaq: NXST), announced that it acquired The Hill for $130 million (plus working capital adjustments), in a transaction that is expected to be immediately accretive to Nexstar’s operating results. The Hill is the nation’s leading, independent, political digital media platform. The acquisition marks a continuation of Nexstar’s content-first strategy, focused primarily on news, designed to further leverage and monetize its expansive digital reach.

The Hill is a leader in political news with 48 million average monthly users and 2.2 billion total pageviews in 2020 according to Comscore; it attracted more than 4 million followers and 914 million video views on Twitter and received five times more Facebook interactions than other political news websites. The acquisition of The Hill complements Nexstar’s leading digital platform, which delivered record growth and audience engagement in 2020, ranking #1 in local news for every month of the year and reaching record key performance indicators, including average monthly users of 91 million and 7.8 billion pageviews according to Comscore. Combined, The Hill and Nexstar are used by a third of all U.S. digital media viewers.

With more than 100 journalists who cover political news and events and provide a wide variety of engaging content to its users, The Hill’s business model is primarily advertising supported by direct, programmatic, and licensing revenue.  Nexstar’s omni-channel approach to content distribution will allow it to expand The Hill’s reach and revenue channels while creating synergistic opportunities with Nexstar’s growing national cable news network, NewsNation , and its leading local news gathering platform, which counts 5,500 journalists producing over 275,000 hours of local and national news annually.

Commenting on the transaction, Tom Carter, Nexstar President and Chief Operating Officer stated, “The accretive acquisition of The Hill’s independent, political digital media platform marks continued progress with Nexstar’s ‘content-first strategy’ and reflects our organization-wide commitment to deliver trusted, unbiased, fact-based journalism that engages and informs our audiences across all screens and devices. The Hill has a nationally recognized brand known for delivering balanced political reporting, as well as authentic opinions and perspectives, and is highly complementary to Nexstar’s national cable news network, NewsNation.  According to the January 2021 Ad Fontes Media Bias Chart, The Hill and NewsNation are two of the most centrist of leading news outlets in the U.S.

“The Hill acquisition presents the Company with a fast-growing and profitable political digital news platform. Jimmy Finkelstein, owner and Chairman of The Hill, has done a truly excellent job in creating a national brand with strong profitability. The Hill marks the second digital transaction under our ‘content first’ strategy, following the December 2020 acquisition of BestReviews, which is already benefiting from its incorporation into Nexstar’s digital network. Going forward, Nexstar will continue to focus on select strategic, accretive digital investments to complement, leverage and scale our content offerings.”

Jimmy Finkelstein, Chairman of The Hill, added, “It has been an honor to lead and transform The Hill into the premier news outlet that it is today. With the help of HRS Management, we have substantially grown the business and audience. We are confident that Nexstar will continue to accelerate this tremendous growth.”

Bret Pearlman of HRS Management, the largest investor in The Hill, commented, “We are pleased to have been investors in The Hill and partners with Mr. Finkelstein for the past five years as he and the Company’s management team transformed the business into a digital media powerhouse.  With a strong foundation in place and unique offering in the market, we are confident that the future of the company is extremely bright.”

About The Hill
The Hill  is a premier source for political and policy news coverage in the U.S. and is now the largest independent political website in the country. 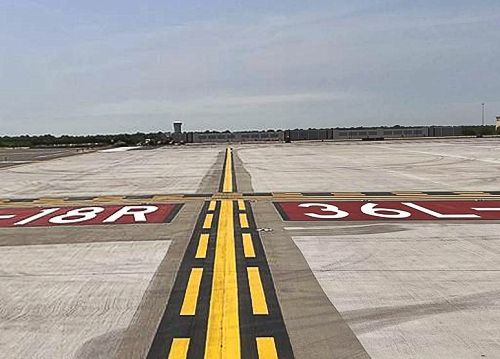