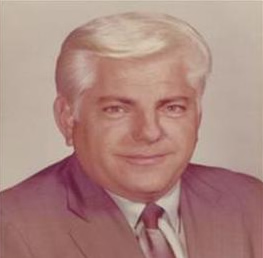 Richard was born in Fort Worth, Texas on November 24, 1935, the son of Clarence J. and Myrtle Elizabeth Stinson.

He loved his family, music, classic automobiles, the Dallas Cowboys and Texas Longhorns football, and, above all, God.

Richard had a strong faith in God throughout his life. As a young man, he considered attending seminary to become a minister before eventually deciding to pursue a career in education. He graduated from Texas Wesleyan College in 1958 with a degree in education and accepted his first teaching position at Irving High School that same year. While at Irving High, he taught government and coached the tennis team until 1968 when he became a Vice Principal at the school. He served as a Vice Principal at Travis Junior High School in Irving beginning in 1972 before eventually becoming a Vice Principal at MacArthur High School in 1976 where he served until his retirement in 1990. Richard was known for his good sense of humor and caring nature. He loved his students and hoped to help each of them find a path to a better life. A large number of his students kept in touch with him over the years, a testament to the positive influence that he had on so many.

Even after his official retirement, Richard continued his work as an educator teaching government part-time at Northlake College and Tarrant County Community College and leading bible study at his church. In his final years, he enjoyed bible studies with his neighbors at Heritage Assisted Living in Burleson, Texas where he made many friends. He will be missed, but always remembered by those whose lives he touched.

Preceded in death by his parents; and his brothers, Ralph and Tommy.