On Saturday, December 4, Bedford Dispatch received a call at 10:51 a.m. from a woman requesting medics for a person experiencing breathing problems in the 2300 block of Windsor Court.

EMS and Police were dispatched to the home and, upon arrival, found an unresponsive 53-year-old woman lying on the floor. Medics began treating the woman and discovered she had been shot multiple times. Police then secured the scene, and paramedics immediately transported her to the hospital, where she was pronounced deceased.

Police detained a woman, an acquaintance of the victim, at the scene and determined this was an isolated domestic violence incident. The suspect, 53, was transported to the Bedford Police Department where she was arrested, charged with homicide, and remains in custody at the Euless Police Department jail.

The case is still under investigation. More information will be released, when available.

Bedford resident Tracy Walters, 53, was formally charged this morning, December 6, on murder charges in connection with the December 4 homicide of Cynthia Cervantes, also 53. Cervantes was shot multiple times by alleged suspect Walters in Walters’ home in the 2300 block of Windsor Court.

Police were dispatched to the scene on Saturday around 11 a.m. after Walters called 9-1-1 to report someone was experiencing breathing problems at her address. When first responders arrived, they found Cervantes unresponsive on the floor. When medics began treatment, they noticed Cervantes had been shot multiple times and transported her to the hospital, where she was pronounced deceased.

Detectives were able to confirm Walters and Cervantes were in a dating relationship, but the status of their relationship at the time of Cervantes’ death is unknown.

The Safe Outdoor Dogs Act In Texas Goes Into Effect 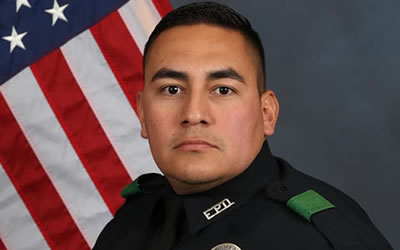