The Irving ISD Athletic Hall of Fame Committee is pleased to announce the Class of 2022, which includes a football/basketball standout, former Major League Baseball pitcher and impactful coach/history teacher. The inductees (in alphabetical order) are:

The 2022 Hall of Fame inductees will be honored at a banquet at 6 PM on Saturday, May 21, at the Sheraton DFW Airport Hotel. Tickets are $25. For sponsorship and/or ticket information, please contact the Irving ISD Athletic Department at 972.600.5215.

Since its inception in 2012, the Irving ISD Hall of Fame is designed to honor those who have contributed to athletic excellence throughout the history of Irving ISD. Read more about this year’s honorees below.

Jim Hart left his mark on the football field and basketball court as a student-athlete at Irving High School. As a three-year starter and four-year letterman in football, he was named Sophomore of the Year in 1976 and District MVP in 1978. In basketball, he was a two-year varsity starter and earned Second Team All-District honors. After graduation, he continued his legacy at Texas Tech University, where he was a four-year letterman in football. As a college freshman, he started the last three games at quarterback. His sophomore season, he started at cornerback and ran back punts and kick-offs before redshirting in 1981. Hart then started at quarterback as a junior and senior, serving as a team captain his final year. He was named the Chevrolet Player of the Game twice – as a junior in the game against Texas A&M University and as a senior against Baylor University. He earned the Associated Press Southwest Conference Player of the Week his junior year and Southwest Conference Football Sportsmanship Award his senior season. During his final year at Tech, he set two one-game records – most passing yards with 380 yards and most total yards with 393 yards – both against the University of Houston.

Before taking to the Major League Baseball mound, Les Lancaster shined as a pitcher for the Nimitz Vikings. The 1981 graduate earned the following honors his junior and senior years: All-District First Team Pitcher, All-District MVP, All-City First Team Pitcher and All City MVP. As a senior, he also made the All-Metroplex Team and as a sophomore in 1979 was named Sophomore of the Year. Upon graduation, Lancaster attended the University of Arkansas and Dallas Baptist University, where he lettered all four years. He was drafted by the New York Yankees in 1981 and the Texas Rangers in 1983 before signing with the Chicago Cubs in 1985. He still holds the Cubs pitching record for most scoreless innings as a reliever at 30 ⅔, earned in 1989. His seven-year Major League career also includes stints with the Detroit Tigers and St. Louis Cardinals, collectively amassing a record of 41 wins, 28 losses, 22 saves, a 4.02 earned-run average and 703.2 innings pitched. Lancaster was named to the Baseball Digest All-Rookie Team in 1987 and the USA Today All-Star Team in 1989 with 4 wins, 2 losses, 8 saves, a 1.36 earned-run average and 30.2 scoreless inning streak. In the Minor League, he had a record of 78 wins, 47 losses, 3 saves, a 3.27 earned-run average and 1,045.1 innings pitched. Lancaster went on to manage and coach in the minor leagues and international major leagues, earning Baseball America Independent League Manager of the Year honors in 2000. He also won two championships and had the opportunity to coach professionally in Taiwan, Mexico, Panama and in the Philadelphia Phillies organization.

For three decades, Don Reeves served the students, athletes and coaches of Irving ISD. The Dallas native graduated from Bryan Adams High School then earned a bachelor’s degree in physical education and history from North Texas State University and his all-level teaching certificate in 1973. Upon graduation, he joined Irving ISD, where he taught Texas history and served as head coach at Travis Junior High School, coaching football, track, basketball and cross country until his retirement in 2003. During his 30-year coaching career at Travis Junior High, he won 17 City Football Championships, two District Championships and many additional titles in track and cross country. He was also the assistant varsity baseball coach at MacArthur for several years. Reeves started the first Fellowship of Christian Athletes (FCA) group in Irving in 1974, receiving the Greater Dallas FCA Tom Landry Award in 1980 as Coach of the Year. In 1998, Reeves was awarded the Texas Daughters of the Republic History Teacher of the Year.  He also earned a Texas PTA lifetime membership. In addition to coaching in Irving ISD, Reeves coached numerous base athletic teams while serving in the US Navy at Naval Air Service (NAS) LeMoore, Calif., for two years. He and his wife, Debby, reside in Bedford.

Golf Tournament Tees Up In Irving With Celebrity Players 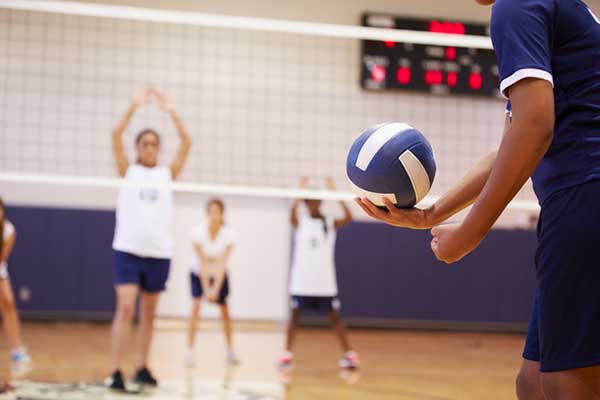